Migraines are severe headaches that are characterized by throbbing pain, nausea, and aural visions. Explore the many treatment options here.
Editor’s Picks
See our selection of the best online healthcare providers - hand-chosen by our expert team!
1 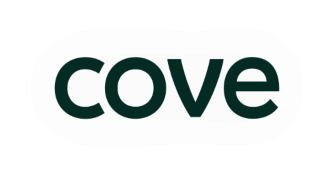 Migraines are severe headaches that are characterized by throbbing pain, nausea, and aural visions. They’re often difficult for medical professionals to understand as they manifest differently in many patients. Some of the most common causes of migraines are dehydration, trauma, depression, and skeletal issues.

Migraines are a neurological disorder that is caused by a variety of factors — a family history of migraines being one of the most common. Depending on the severity and cause of a migraine, this throbbing headache can last anywhere from a few hours to several days.

Some migraine sufferers begin experiencing these debilitating headaches as early as childhood while others don’t begin suffering from them until they reach adulthood.

Unfortunately, it’s hard to pinpoint the exact cause of migraines in each person because there’s a long list of health issues that can lead to migraines. Just some of the top causes of migraines are:

The Migraine Research Foundation states that three times the number of women suffer from migraines as men. When you look at the causes of migraines, it’s easy to see why. These types of headaches are often triggered by hormonal imbalances and other issues that afflict women more than men.

Some people suffer from migraines due to psychological disorders. One of the most common disorders is PTSD, and many sufferers experience migraines in conjunction with a flashback episode.

For these reasons, migraines are often considered both a biological and psychological affliction.

To some, a migraine might seem like a horrendous headache; yet, migraine sufferers know that these episodes are so much more than a simple headache. Some of the most common symptoms of migraines include:

Again, everyone who suffers from migraines is different. You may not experience all of the above symptoms, and symptoms vary in severity from person to person.

How to Prevent Migraines

Just some of the treatments that can help ease the pain and other symptoms of migraines include:

Migraines can seem as though they’re taking over your life. Luckily, there are plenty of ways to prevent them before they happen — and to treat them over time.