Get all-in-one A.D.D. / A.D.H.D. treatment online. Consult a doctor about medication, have your prescriptions delivered, and talk to a virtual therapist.
Editor’s Picks
See our selection of the best online healthcare providers - hand-chosen by our expert team!
1 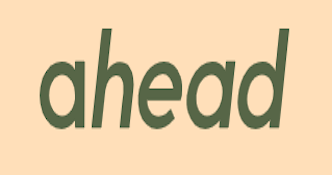 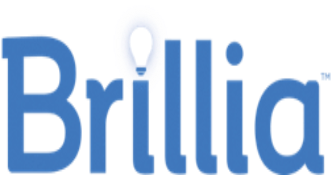 ADD/ADHD is a disorder that affects more than 6 million Americans each year. This condition is often misdiagnosed — or worse, not diagnosed at all.

People with ADHD are often mistaken as forgetful, fidgety, or narcissistic. In reality, they simply find it difficult to regulate their emotions, wait for their turn to speak, or have difficulty focussing. The misconceptions about ADHD can lead to mental health issues, such as low self-esteem, stress, anxiety, and depression.

Find out how doctors diagnose ADD/ADHD and the treatments available for this disorder.

ADD Vs ADHD: What’s the Difference?

ADD was simply the term that was used for this condition before the mid-1990s. Researchers had initially not included the role of hyperactivity in attention disorders. In 1994, the medical term was changed to ADHD to refer to people that suffer from both attention deficit and hyperactivity disorders.

Now, we specify if someone has attention-deficit/hyperactivity disorder with inattentive, hyperactive/impulse, or combined types.

Depending on the type of ADHD, patients may suffer from a wide variety of symptoms. Most people either suffer from hyperactivity or inattentiveness or a combination of the two.

Symptoms may also range in severity; those with subtle symptoms or symptoms that are concurrent with other mental or physical conditions may not be properly diagnosed — or may not be diagnosed at all. In fact, many people with ADHD are diagnosed with behavioral issues, instead.

Diagnosis of ADHD should always be performed by a specialist. Your pediatrician or doctor can provide a referral for an ADHD specialist, or you can head to an online ADHD specialist for medical advice, including diagnosis and treatment options.

People with ADHD (especially those with hyperactivity) often take part in impulsive behaviors. This can often manifest in children as the inability to wait for one’s turn or constant interruption. When coupled with inattentiveness, it can also manifest itself as ‘motor mouth’ or constant chatter or seemingly disruptive behavior.

In adults, it can manifest as rash or dangerous behavior (such as making a quick financial decision or reckless driving or grandiose actions (such as spending large amounts of money or grand gestures).

Impulse control is very common with this condition — especially when undiagnosed or left untreated.

Another common symptom of ADHD is disorganization. To an outsider, someone with this condition may seem scattered, unable to focus, or simply disorganized. This symptom can negatively affect both work and schoolwork.

People with ADHD simply have difficulty organizing their tasks and time.

One of the main symptoms of hyperactivity is impatience. People that suffer from hyperactivity are often unable to self-regulate or wait for responses or to take their turns. They may also get impatient with their own feelings and emotions.

People with ADHD have high levels of distractibility, as the inability to focus is one of the symptoms of inattention. This may look like an inability to pay attention to a speaker or to reading or classwork.

Physical symptoms of ADHD may include constant movement and restlessness. Someone with this condition often fidgets or squirms in their seats, can’t sit still for periods of time, or may not even realize they’re moving at all.

Time management issues are also common with patients with ADHD. They might forget engagements, get wrapped up in a task and forget to move on to the next task, or not show up for a meeting at all.

Both adults and children that suffer from ADHD often find themselves easily frustrated or unable to deal with frustrating emotions. They may lash out (either verbally or physically) when faced with difficult feelings, suffer from an inability to concentrate, or commonly feel misheard or misunderstood.

There are three main subtypes of ADHD: inattentive type, hyperactive and impulsive type, and combined. Some patients exhibit signs of all types of ADHD while others may only suffer from certain symptoms.

Combined ADHD is when a person exhibits symptoms of all three types of ADHD behaviors.

ADHD in Adults Vs Children

Oftentimes ADHD symptoms may manifest themselves somewhat differently in adults and children. ADHD symptoms may vary in severity throughout one’s lifetime; patients with inconsistent symptoms or symptoms that go undetected during childhood may not be diagnosed with ADHD until they’re adults.

Children with ADHD are oftentimes labeled ‘troublemakers’ or thought to have behavioral issues; while adults with this condition are often labeled rude or inappropriate.

Common symptoms in children may include fidgeting, taking their peers’ turns, speaking out of turn, ‘motor mouth’, excessively high energy, and inability to respect others’ personal space.

Researchers are still trying to determine exactly why ADHD affects some people and not others. By studying twins, they have discovered several possible causes of ADHD. The most common causes may include genetics, possible brain injury, environmental issues, fetal exposure to substance abuse, premature birth, and low birth weight.

Genetics may play a large role in ADHD; the likelihood of a child developing this condition is higher when family members (such as one or more parents or grandparents) also suffer from it.

Some doctors also believe that low birth weights and premature deliveries may also lead to this condition.

Patients that suffer from a brain injury may also develop ADHD as a result of the injury.

Since the term ADHD was coined back in the 1990s, there are plenty of misconceptions about this relatively newer diagnosis. According to the Centers for Disease Control and Prevention (CDC), some of the most common misconceptions are that ADHD is caused by poor diet, watching too much TV, or poor parenting.

This condition and its symptoms are often confused with learning disabilities, behavioral issues like oppositional defiant disorder (ODD), mood disorders, and mental health conditions such as bipolar disorder.

Luckily, there are a wide variety of treatment options available for ADHD. People that suffer from this condition can usually expect to see an increased quality of life after diagnosis and starting treatments.

Doctors recommend a combination of medical and behavioral treatments as well as lifestyle changes to address both ADHD and its symptoms.

Side Effects of Stimulant ADHD Medications

Medications are available by prescription through your doctor or through online platforms such as Done, Ahead, and Brillia.

Many doctors believe that a combination of medication and therapy is the most effective treatment course for patients suffering from ADHD — especially those who were diagnosed with this condition as adults.

Common therapy for ADHD includes cognitive behavioral therapy. Clinicians encourage patients to walk through difficult situations, replay events, and immerse themselves in triggering situations (such as in exposure therapy) to learn alternative ways to respond to feelings of irritability, impatience, and hyperactivity.

Online therapy platforms such as Talkspace can match you with a mental health professional that specializes in ADHD and behavioral therapy. Send your therapist a text, voice, or video message in real-time, or book live online sessions.

Some of the main symptoms of ADHD include the inability to concentrate, mind wandering, or difficulty focusing. All three of these symptoms can be eased by mindfulness practices (such as meditation).

If you or your child is suffering from ADHD and is already undergoing therapy and/or is on medication, you may want to try some mindfulness techniques.

Meditation is one such way to incorporate more mindfulness into your life. If you’re new to meditation, you may want to download a meditation app. These apps offer instruction as well as guided meditations.

If you’re someone that ‘hates’ meditating or simply ‘can’t sit still’ for 10 minutes, guided meditations offer different types of mindfulness practices, including walking and eating meditations.

While ADHD isn’t caused by certain lifestyle factors, it can be exacerbated by them. The most common lifestyle changes made by people suffering from ADHD include increasing sleep, eating whole, nutritious foods, establishing a routine, and focusing on self-accountability.

Not getting enough sleep each night won’t cause you to develop ADHD, but it can exacerbate its symptoms.

Doctors recommend adults get between (at least) seven-and-eight hours of sleep each night.

If you wake up throughout the night or feel unrested in the morning, you may want to make sleep a priority. Creating a bedtime routine, avoiding stimulants (such as alcohol, nicotine, and sugar), and waking up at the same time each morning can all help you get a better night’s sleep.

If you suffer from chronic sleep issues, you may want to talk to an online sleep specialist about cognitive-behavioral and medical treatments for insomnia.

While doctors agree that ADHD isn’t caused by eating sugar or carbs, it can be managed by eating nutritious foods.

If you suffer from attention or hyperactivity symptoms, those symptoms can be worsened by low blood sugar, sugar crashes, and too much caffeine. Eating nutritious, balanced meals can help regulate your hormones; it can help keep you both energized and relaxed and fueled until your next meal.

You may also want to consider taking supplements to get the vitamins and nutrients you can’t absorb from food alone. At-home testing kit companies sell vitamin and mineral test kits that can test for vitamin deficiencies.

Many people with ADHD find taking magnesium, vitamin D, and omega-3s can help manage their symptoms.

Since one of the symptoms of ADHD is the inability to manage time or activities, creating a routine may help some patients simply complete tasks on autopilot — instead of worrying about what they have or haven’t completed.

When you create a routine (or a string of habits), your body will simply do tasks automatically. Tasks like brushing your teeth, making your bed, and showering each morning are all ‘automatic’ tasks because you do them without needing to think about them.

If you suffer from ADHD, you may find that creating routines can help you manage both time and your to-do lists.

Creating a routine is one way of managing ADHD symptoms; but what if you’re unable to stick to your routine long enough to reap its benefits?

If you or your child is showing signs of ADHD, you should contact an online doctor for diagnosis and treatment options. The sooner you begin treatment for this condition, the sooner you’ll start feeling better.