What Conditions Does Vyvanse Treat? 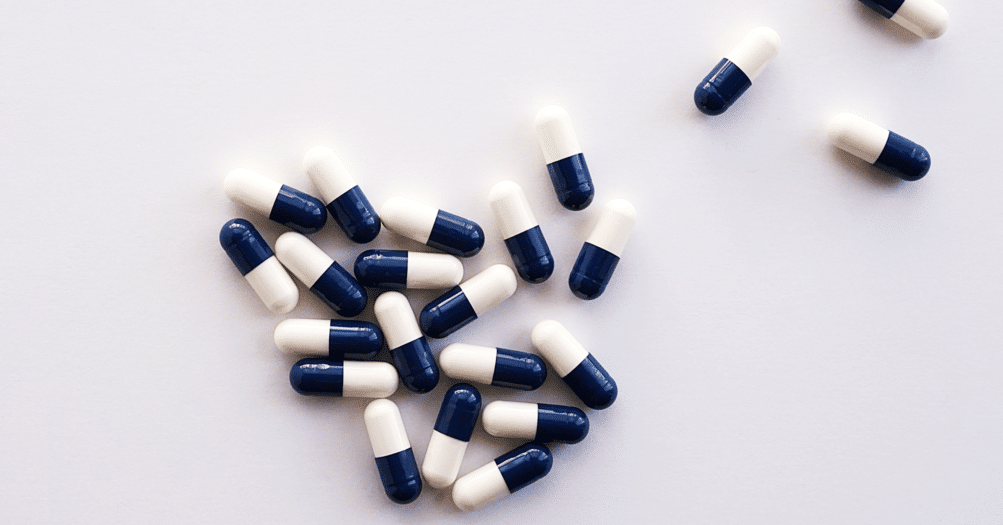 This article is sponsored by one of the fastest-growing telehealth companies in America, Antidote Health.

Besides Adderall, Vyvance is one of the most commonly prescribed stimulant medications in the US, and is primarily used to treat two types of conditions; ADD/ADHD for people ages 6 and up, or binge eating disorder cases in adults. This particular medication is available in two forms: as a chewable tablet with dosage strengths ranging from 10-60mg, or as a swallowable capsule with dosage strengths ranging from 10-70mg.

Typically, the most commonly prescribed Vyvanse dose is 30mg taken once every morning, both for treating binge eating disorder, as well as attention deficit hyperactivity disorder. You can work with a trusted primary care physician to scale your dosage up and down as needed.

You must consult a medical professional and receive a prescription after an in-person visit prior to trying Vyvanse. Read on if you want to learn more about the potential treatment applications of Vyvanse, the prescription drug’s potential risks, and find out the best telehealth platform where you could have a consultation with a licensed medical professional about a diagnosis.

How Vyvanse Works In The Brain

Ostensibly, Vyvanse functions by increasing the presence of neurotransmitters (as well as neurotransmitter activity) in the brain, hence why it falls under the stimulant class of drugs. This increased brain activity is known to improve and hone one’s attention span, which is why Vyvanse can be such an effective treatment for ADD and ADHD when used and prescribed properly.

The most prominently increased neurotransmitters include dopamine and norepinephrine, compounds that are both known to satiate feelings of reward and pleasure in the brain. So in addition to improving concentration and attention span, the neurotransmitters Vyvanse promotes are also known to improve overall communication between nerve cells.

You may wonder what implications this increased neurotransmitter activity presents for other conditions. For instance, could one use Vyvanse for depression or Vyvanse for anxiety? Unfortunately, patients assuming that may be mistaken. Shire Pharmaceuticals, the company that manufactures Vyvanse, actually conducted a study on the medication’s effectiveness against depression.

While early results appeared promising, the drug, unfortunately, fell short in late-stage clinical trials, leading Shire to scrap the study, as Reuters reported back in 2014. Moreover, the science on how Vyvanse affects anxiety (whether beneficially or detrimentally) is rather ambiguous, as of now.

Although Vyvanse is not to be used as an anxiety medication, there are some studies (like this report from the Journal Of Child And Adolescent Psychopharmacology) that suggest higher Vyvanse dosages may potentially alleviate anxiety symptoms co-morbid in children suffering from ADHD. However, if you’re looking for a medicated remedy for your anxiety and depression, you would be best served to consult a trusted online telehealth psychiatrist.

Whether taking Vyvanse or any other prescription medication, you should only use the drug for its intended, approved use. Here is what Shire Pharmaceuticals and the FDA have to say about Vyvanse’s approved uses.

The FDA is pretty straightforward in their official explanation of Vyvanse’s approved use. Per their Access Data portal, “Vyvanse is indicated for the treatment of Attention Deficit/Hyperactivity Disorder (ADHD).”

Conversely, the product monograph summary provided by Takeda (the parent company that now owns Shire Pharmaceuticals) is similarly to the point. Per their official product monograph on Vyvanse, “VYVANSE (lisdexamfetamine dimesylate) capsules and chewable tablets are indicated for the treatment of:”

We’ve already summated how increased neurotransmitter activity is capable of improving the brain’s concentration, but how does it factor into treating binge eating disorder?

Vyvanse is approved for limited use in moderate-to-severe cases of binge eating disorder. According to Takeda’s official product monograph, “While there is an accumulation of safety data with VYVANSE use in the ADHD population, this is of limited relevance regarding CV risk in the BED population.”

Generally speaking, while stimulant drugs are known to suppress one’s appetite, they are also known to promote increased cardiovascular health risks among those who are predisposed to suffer from them. We would recommend consulting your primary care physician about these concerns before starting to use Vyvanse for your binge eating disorder.

Since Vyvanse has proven efficacy as an appetite suppressant, that might leave patients to assume that it has efficacy for weight loss; unfortunately, that assumption would be sorely mistaken. Per Takeda’s own product monograph guidelines, “VYVANSE is not indicated or recommended for weight loss. Use of other sympathomimetic drugs for weight loss has been associated with serious cardiovascular adverse events.”

Vyvanse can be a great, effective medication when used for its intended purpose, and used by patients who aren’t suffering cardiovascular health issues. However, like any medication, Vyvanse is not without its potential risks and side effects. Here’s what you should watch out for regarding potential concerns associated with Vyvanse.

Vyvanse Risks And Side Effects

As we’ve alluded to previously, off-label Vyvanse use is strongly discouraged, as is use by those who are at risk of suffering from cardiovascular issues. Vyvanse is also known to interact with a fair bit of drugs, which the Mayo Clinic has compiled an extensive list of.

If you’re currently using one of the medications on that list, consult your provider about potential risks that could come out of using Vyvanse in tandem with those drugs. Additionally, if you experience any one of the following side effects while using Vyvanse, consult your pharmacy or primary care physician ASAP:

If you’re persistently suffering through any one of the above, we would strongly urge you to consult your provider right away. They can help you through safely re-adjusting your Vyvanse dosage as needed, help you safely taper off and switch to an alternative treatment for your BED or ADHD if necessary, and help you thoroughly evaluate whether or not you would be a good candidate for a Vyvanse prescription.

If you’d need to have all of these needs met remotely, you can see an all-in-one telehealth provider like Antidote Health.

Read our full review to learn more about Antidote Health, and if you would like to consider turning to them for filling your existing Prescriptions, you can get started with $10 off your first evaluation by using code “RELIEFSEEKER”.