Editor’s Picks See our selection of the best online healthcare providers - hand-chosen by our expert team!
#1 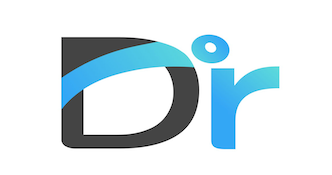 Sleep apnea is a respiratory condition that affects over 22 million Americans. More than half of those patients suffer from some form of severe apnea. Unlike other sleep disorders, sleep apnea can affect more than just your nighttime routine; it can lead to heart problems, mental disorders, and even affect your immune system.

Find out how to prevent sleep apnea and how to get treatment if you already suffer from it.

Obstructive sleep apnea is the most common, and it happens as a result of the muscles relaxing during sleep. When the muscles relax, soft tissue around the mouth and throat can collapse and block the airways.

Central sleep apnea happens when your brain stops controlling your breathing muscles. Our brains control everything in our body — even when we’re not awake. When the brain shuts off and forgets to tell the muscles to breathe, we can stop breathing (even if for just a moment). Our backup emergency systems eventually kick in and resume breathing as usual.

Complex sleep apnea syndrome is the least common type of sleep apnea, but it can be the most serious. This is when you have both obstructive and central sleep apnea. If you’re worried you have complex sleep apnea, you should consult a doctor as soon as possible. It may or may not be life-threatening, but it’s best to get a doctor’s opinion either way.

Sleep apnea is the result of blocked airways. It’s usually when the soft tissue in the mouth and esophagus blocks the airways. The cause generally depends on the type of sleep apnea you suffer from.

Two of the most common reasons that the soft tissue might be blocking your airway include weight gain and/or obesity. While these two conditions are common in sleep apnea sufferers, they aren't the only defining factors and causes.

Other causes of sleep apnea may include:

Sleep apnea is technically a respiratory issue — although this condition is often associated with excess weight. Any issues that can contribute to respiratory illnesses can intensify sleep apnea.

It’s also important to note that while weight gain and obesity can contribute to sleep apnea, you should contact a medical professional or specialist if you’re worried that losing weight will trigger an eating disorder, such as anorexia or bulimia.

Sleep apnea itself might not seem like a big deal. Most sufferers of this condition don’t notice it at night. In fact, it’s their partners that are more likely to notice it. Yet, if left untreated, sleep apnea can lead to even more serious problems, including:

If you’re worried about developing sleep apnea — or if you have a mild case of it — there are a few lifestyle changes you can make to reverse the process. Some of the most common suggestions doctors make to prevent sleep apnea include:

Humidifiers can help open up your airways and increase airflow; they can also help reduce the production of mucus.

Patients that sleep on their sides report fewer episodes of sleep apnea. If you’re someone who sleeps on their back or stomach, trying out a side-sleeping pillow might help you comfortably change your sleep position.

These pillows are U-shaped and hug your entire body; they’re also great for your back, neck, and jaw. Triple bonus!

Decreasing both alcohol consumption and nicotine has been known to reduce episodes of sleep apnea as well.

While all exercise is considered great for reducing (and in some cases eliminating) sleep apnea, yoga works especially well. If you’re new to yoga, we recommend downloading a yoga workout in a health app to get started.

Most doctors will recommend losing weight to help treat sleep apnea, yet many sufferers of sleep apnea could often lose more weight if they could only get a decent night’s sleep. This line of treatment is also dangerous for anyone who suffers, has suffered, or is in danger of suffering from an eating disorder.

Instead of focusing on weight management, we recommend eating foods that reduce the production of mucus. This includes increasing your intake of fruits and veggies and decreasing your consumption of processed foods.

We would also recommend contacting an online doctor or sleep specialist to find out if there are any treatments that might help you get a full-night sleep — thus, leading to a greater chance of weight loss.

If any of the above lifestyle changes just haven’t worked (or if your sleep apnea is so severe that the at-home treatments aren’t possible due to sheer exhaustion), we recommend contacting a doctor that specializes in sleep apnea medical treatments. Some of the most common treatments may include:

If you’re suffering from sleep apnea, don’t wait to get care until you begin experiencing symptoms of other related conditions. Contact an online doctor to get an evaluation — right from your couch, office chair, (or heck, even your bed!).