Are you or someone you know suffering from anorexia? What are the signs and symptoms related to anorexia? How and where can I find help to manage and live a happy life? Continue to find out answers to your questions.
Advertiser Disclosure
Anorexia Treatments
Editor’s Picks

Are you or someone you know suffering from anorexia? What are the signs and symptoms related to anorexia? How and where can I find help to manage and live a hap...
Editor’s Picks
See our selection of the best online healthcare providers - hand-chosen by our expert team!
1

Why We Like Them
ReliefSeeker Visitors Get $80 OFF -> Click [VISIT] to claim! Talkspace is one of the largest online therapy platforms in the world! With over 1,000,000 customers. A Talkspace membership p... 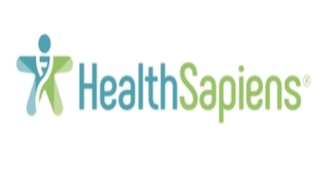 What Is Anorexia Nervosa?

Anorexia Nervosa, or oftentimes referred to as anorexia, is an eating disorder characterized by low body weight, extreme fear of gaining weight, and a distorted perception of one’s weight. People with anorexia place a lot of value on controlling their weight and what they look like and use extreme efforts, such as restricting their food intake or binge eating, then purging. This type of behavior can severely interfere with your well-being and may have life-altering effects.

To prevent weight gain or to continue losing weight, people with anorexia usually severely restrict the amount of food they eat. They may control calorie intake by vomiting after eating or by misusing laxatives, diet aids, diuretics, or enemas. They may also try to lose weight by exercising excessively. No matter how much weight is lost, the person continues to fear weight gain.

For some people, restricting their food and weight can help control areas of life that feel out of their control, and their body image can come to define their entire sense of self-worth. It can also express emotions that may feel too complex or frightening such as pain, stress, or anxiety.

Restrictive dieting and excessive exercise can be contributing factors to the onset of Anorexia. Women and girls with Anorexia may use dieting behavior to achieve a culturally constructed thin ideal. In contrast, men may over exercise and control their diet to achieve a muscular body. It is commonly accepted that Anorexia is more frequently diagnosed in females across the ages. However, a recent population study has suggested that there is an equal number of males and females suffering from anorexia in adolescents.

Anorexia isn't really about food. It's an extremely unhealthy and sometimes life-threatening way to try to cope with emotional problems. When you have anorexia, you often equate thinness with self-worth.

Anorexia, like other eating disorders, can take over your life and can be very difficult to overcome. But with treatment, you can gain a better sense of who you are, return to healthier eating habits, and reverse some of anorexia's serious complications.

People with this subtype place severe restrictions on the amount and type of food they consume. This can manifest in different ways, including some or all of the following:

People with this subtype also place strict restrictions on the amount and type of food they consume. In addition to this, the person will display purging behavior and may also engage in binge eating. Binge eating involves eating a large amount of food and feeling a ‘loss of control.’ Purging behavior involves self-induced vomiting or deliberately misusing laxatives, diuretics, or enemas to compensate for eating food.

The physical signs and symptoms of anorexia are mostly related to starvation. Anorexia also includes emotional and behavioral issues involving an unrealistic perception of body weight and an increased fear of gaining weight or becoming fat.

It can be difficult to notice signs and symptoms of anorexia because low body weight is different for each person. Some people may not appear to be extremely thin, as they often disguise their thinness by wearing oversized clothes, lying about their eating habits, or hiding their physical problems.

Like individuals who have bulimia, people who suffer from anorexia binge and purge, with the main difference being that people with anorexia generally struggle with abnormally low body weight. People with bulimia typically are normal above normal weight.

Physical signs and symptoms of anorexia may include:

Behavioral symptoms of anorexia may include losing weight by:

Emotional and behavioral signs and symptoms may include:

The exact cause of anorexia is unknown, as with many diseases and disorders. It’s most likely a combination of biological, psychological, and environmental factors.

Some of the more common signs and symptoms of anorexia nervosa are:

Anorexia is more common in girls and women. However, boys and men have increasingly developed eating disorders, most likely related to growing social pressures.

Anorexia is also more common among teenagers. However, people of any age can develop this eating disorder. Teenagers are usually more at risk due to the changes in their bodies as they go through puberty. As teenagers' brains haven’t fully developed and face increased peer pressure, comments about their weight or body shape can affect their attitude and drive them to anorexia.

Certain factors increase the risk of anorexia, including:

Anorexia can have many complications, some more severe than others. Anorexia can even be fatal at its most severe. Death sadly may occur suddenly, even if the person isn’t severely underweight. This may result from abnormal heart rhythms or an imbalance of electrolytes; taking minerals such as sodium, potassium, and calcium can help maintain the balance of fluids in your body.

Other complications of anorexia include:

If a person with anorexia becomes severely malnourished, every organ in the body can be damaged, including the brain, heart, and kidneys. This damage may not be fully reversible, even when the anorexia is under control.

In addition to the host of physical complications, people with anorexia also commonly have other mental health disorders.

Getting help is the most important thing that you can do for yourself or someone you know suffering from anorexia. It may feel as though you are alone; you’re not!

If you notice that a family member or friend has low self-esteem, severe dieting habits, and dissatisfaction with appearance, consider talking to them about these issues. Although you may not prevent an eating disorder from developing, you can talk about healthier behavior or treatment options.

Talk to Your Doctor

Unfortunately, many people with anorexia don't want treatment, at least initially. Their desire to remain thin overrides concerns about their health. Talking to a doctor or medical health professional is a good place to start. Tell your doctor how you've been feeling and about the thoughts you've been experiencing. If you're worried about yourself or someone you care about, talk to a doctor.

Online therapy has become wildly popular, especially during 2020, when a global pandemic shut down the country. Online therapy is said to be and has proven to be just as effective as in-person therapy. Online therapy is convenient and has many benefits, such as no travel time, is usually more affordable, and you can be in the comfort of your own home. At the same time, you connect with a licensed therapist.

A few online therapists include:

People who suffer from anorexia oftentimes say they feel as though they’re the only ones dealing with this disorder; that they are alone on this journey. Group therapy helps people understand that they are not the only ones who have feelings of inadequacy or overweight.

This type of care focuses on the individual's problems. After one person shares, other people in the group are encouraged to share their similar thoughts and experiences, leading to a mutual understanding that other people are struggling with anorexia and that you don’t have to face this by yourself.

If you're experiencing any of the symptoms that we’ve talked about, or if you think you may have an eating disorder, get help. If you're hiding your anorexia from loved ones, try to find a person you trust to talk to about what's going on. You are not alone on this journey to living a fulfilled life.