How to Reduce Side Effects of Finasteride

Finasteride is a treatment that targets hair loss and is taken orally. It must be prescribed by a healthcare provider or doctor of dermatology and is only available by prescription.

Yet, this hairline treatment (like many prescription medications) comes with a few side effects.

Discover how to reduce the side effects of finasteride, how to prevent them in the first place, and what to do if you’re already struggling with symptoms. Above all, we always recommend talking to a licensed medical doctor before considering starting or changing any treatment plan - the doctors at Keeps, can assess your hair loss treatment plan and even create a new one for you without Finasteride - Get 35% off of Keeps when you use your referral link - click here. (We may be compensated if you sign up.)

A quick take - there's a new men's health clinic on the block offering the kitchen sink of hair loss treatments AND they allow you to first consult a doctor about reducing the side effects of Finasteride - plus you can get 50% off of your first order in our Happy Head Review.

Finasteride is the generic name for the more commonly-known drugs Propecia and Proscar, developed and sold by Merck.

The drug is used to treat both an enlarged prostate as well as androgenetic alopecia. It is part of a class of DHT blockers and 5-alpha reductase inhibitors. It was approved by the FDA to treat prostate enlargement in the 1970s and again in the late 1990s to treat male pattern hair loss.

Several years ago, Merck’s patent ran out, and the drug became available as a generic medication at the fraction of the cost that it was sold under the brand name Propecia.

As with any medication (especially prescription medication), some potential side effects of finasteride have been reported. The most common adverse effects associated with this male pattern baldness treatment include:

In some less frequent cases, serious side effects may also occur. If you are experiencing any issues such as nipple discharge, contact your doctor immediately.

Some patients may also experience an allergic reaction to finasteride, including rash, hives, itching, swelling, and dizziness.

If you experience severe allergy symptoms, such as shortness of breath, difficulty breathing, or an inability to remain conscious, call 911 or go to the emergency room.

​It’s important to seek medical advice from your healthcare professional if incidences of side effects occur.

There are also some drug interactions with finasteride, including carbamazepine, rifampin, and St. John's wort. Tell your doctor about any and all medications you’re currently taking to ensure you avoid any interactions.

How Common Are Finasteride Side Effects?

Despite the anxiety surrounding issues such as erectile dysfunction and other sexual functions, very few finasteride users actually experience side effects.

What’s equally interesting is that the percentage of finasteride users in clinical trials that experienced side effects with the drug itself and the percentage of users that received a placebo were strikingly close. Meaning, it’s unsure whether patients were actually experiencing side effects due to the drug itself, other issues, or simply psychosomatically experiencing symptoms.

Although the possible side effects associated with finasteride are uncomfortable, the number of adverse events is extremely low. What’s more is that the discontinuation of finasteride is generally enough to reverse such symptoms, and most men taking this medication ‘go back to normal’ after they stop taking it.

There’s some understandable confusion between the side effects of finasteride and a condition called post-finasteride syndrome (PFS).

While the symptoms of both the side effects of the medication itself and the syndrome associated with finasteride, the two are extremely different.

PFS is a syndrome that affects an extremely small percentage of users (an estimated number of just over 1,000 total). Not much research has been done on this condition, and there’s some question over whether or not it exists at all.

The Post-Finasteride Syndrome Foundation is leading the charge to find out more about this issue (and help patients suffering from symptoms get help).

Common symptoms of PFS vary. Some patients experience sexual dysfunction while others suffer from rhabdomyolysis or muscle pain. Some also report neurological issues, depression, and apathy.

More research is needed regarding this condition before we know whether or not symptoms are the result of finasteride (currently, there are only approximately PFS 54 studies to date).

Does Finasteride Cause Cancer?

There is some question as to whether or not finasteride can cause cancer, including both prostate cancer and male breast cancer. There are very few studies that have been completed, so most scientists have found that there isn’t enough evidence to determine if Finasteride causes cancer or not.

Yet, most studies suggest that cancer isn’t caused by finasteride. In fact, Finasteride may even help prevent prostate cancer.

Do Finasteride Side Effects Go Away?

The good news is that Finasteride side effects usually go away on their own or after ceasing treatment. Many users saw a reduction in symptoms after using the medication for several weeks; those that decided to stop taking finasteride saw symptoms diminish within a few weeks after stopping treatment. One study even found that side effects would completely go away in a mere five days after stopping Finasteride.

Of course, the benefits of finasteride also diminished after ceasing the medication. Patients start to see hair loss after they stopped taking this prescription.

Some patients claim that symptoms didn’t go away after stopping the medication, though those cases are extremely rare.

Some doctors recommend that patients with a history of infertility or impotence should possibly avoid Finasteride — just to be on the safe side.

How to Reduce Side Effects of Finasteride

If you’re suffering from ED, impotence, or ejaculation issues, your finasteride may not be to blame. There are several lifestyle choices that are associated with these conditions, including poor nutrition and diet, sedentary lifestyles, anxiety, and stimulant use.

Your body can only function as well as the food you fuel it with. Eating a balanced diet can help curb sexual health issues. Try to incorporate whole foods, including fruits and vegetables, fatty fish, and leafy greens into your diet.

Sedentary lifestyles can often lead to sexual dysfunction, and it’s important to get at least 30 minutes of exercise per day. In addition to cardio, you may want to do a few other types of exercise to overcome erectile dysfunction, including ones that strengthen your pelvic floor.

Certain stimulants are known to worsen and even cause some of the symptoms of finasteride. If you’re using drugs, alcohol, or nicotine, you may want to consider quitting (or at least significantly cutting back) on these substances.

One of the most common causes of erectile dysfunction and other sexual disorders is smoking and nicotine use. If you want to avoid such symptoms, you’ll want to quit smoking, chewing tobacco, and other types of nicotine. You may also want to cut down on cannabis use (especially if you smoke cannabis).

There might be a very good reason why you’re experiencing side effects of finasteride: you’re suffering from a nocebo effect.

Nocebo effects (similar to placebo effects) happen when you psychosomatically expect something to happen. For example, you expect you’ll experience adverse side effects of a medication, so you begin experiencing them on a neurological level.

If you’re concerned that you may start experiencing side effects of a drug (especially if you are afraid of such side effects), you may simply start to experience them.

Many men are able to mitigate the neurological side effects of starting a new treatment by practicing mindfulness and anti-anxiety techniques, such as meditation. If you’re new to meditation, you can always download a meditation app to get started.

Talk to a Therapist

Seemingly physical issues such as erectile dysfunction, ejaculation disorders, and other sexual issues, are in fact often psychological issues. If you’re suffering from any sexual side effects of finasteride (especially if you struggled with such issues before taking medication), you may want to chat with a therapist.

If you’re not comfortable talking with a therapist face-to-face about erectile issues, you may want to try online therapy. Online therapy platforms such as Sesame Care can match you with a therapist that specializes in sexual issues, depression, anxiety, or whatever you’re dealing with.

Send your therapist text, voice, or video messages; or, schedule a face-to-face session.

Lower Your Dose of Finasteride

Some patients suffering from finasteride find that lowering their dosage can help reduce side effects. Researchers have found that cutting a dosage in half may actually reduce the number of symptoms patients suffer from this medication.

It’s important to talk to your doctor before lowering your dosage. Your doctor can alert you to any issues (or other side effects) that may arise after lowering the dosage of prescription medication.

You may also want to chat with your doctor about switching your medication altogether if you’re already taking a lower dose of finasteride.

There are several different hair loss treatments currently available on the market. The best way to reduce the side effects of finasteride is sometimes just to switch medications altogether.

Another popular treatment for alopecia is minoxidil (which is more commonly known as the brand name Rogaine). This treatment is applied topically to the scalp and instead of preventing further hair loss, it stimulates hair regrowth.

Most doctors and digital clinics that prescribe finasteride also specialize in minoxidil treatments as well.

Talk to Your Doctor About ED Medication

If you’re suffering from sexual conditions, you may want to talk to your doctor about medications for erectile dysfunction (though, some patients found that ED medication didn’t work effectively when treating ED as a side effect of finasteride).

When to Get Help for Finasteride Side Effects

If you’re experiencing any of the common side effects of finasteride, don’t just assume you’re ‘imagining’ these symptoms. It’s really important to take any and all adverse symptoms seriously.

Even if the finasteride isn’t causing adverse symptoms, it’s important to talk to your doctor about other possible causes or chronic conditions that may lead to side effects.

If you already suffer from any of the above side effects of finasteride, you may want to talk to your doctor about these issues. Your doctor can help alleviate any worries or help you make lifestyle changes before going on finasteride to mitigate side effects.

Finasteride users should talk to their doctors immediately after the first sign of side effects. It’s important to rule out other possible conditions and keep your doctor informed of any symptoms that may arise.

Symptoms are simply information and data regarding your overall health. Your doctor may be able to change your finasteride dose or recommend alternative medications or hair loss treatments.

You don’t need to suffer from the side effects of finasteride. There are treatments available to help you prevent hair loss, regrow your hair, and maintain an active and healthy sex life. 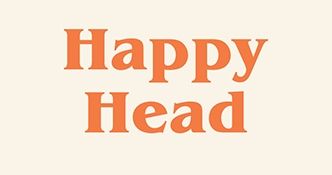 Why Healthcare Costs So Much
December 13th, 2021
Sarah Ryan
See more
Get Care Now
No result