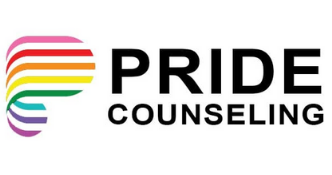 Why We Like Them
Pride Counseling is the #1 online therapy site for the LGBTQ community. With the largest network of trained LGBTQ therapists, there is no other site better equipped to provide top-notch coun...
Read our review
visit
LGBTQ+ Counseling Overview
Table of Contents

Struggling with your sexuality can be a massive emotional challenge, especially if your friends, family members, or trusted community don’t understand you, or worse, don’t accept you. The chances are that you or someone you know has gone or is going through this and is facing a difficult time in their lives. While gender orientation and sexuality aren’t direct risk factors for suicide, it is more oftentimes true that lesbian, gay, bisexual, transgender, and questioning (LGBTQ) individuals sometimes face social factors, such as discrimination, that put them at higher risk for anxiety, emotional distress, depression, and thoughts of suicide.

Research suggests that LGBTQ individuals face health disparities linked to societal stigma, discrimination, and denial of their civil and human rights. Discrimination against the LGBTQ community has been associated with high psychiatric disorders, substance abuse, and suicide. Personal, family and social acceptance of sexual orientation and gender identity affects the mental health and personal safety of LGBTQ individuals.

Some of the mental health battles faced by the LGBTQ community are:

For many people within the LGBTQ community, coming out can be one of the hardest, even most traumatic experiences of their life. Regardless of the circumstance, it’s difficult to cope with rejection. It is even more so if friends or family reject you for something as personal as your sexual or gender identity. It is said that LGBTQ youth are harassed at school, both mentally, physically, and verbally, which can significantly impact their mental health.

Homophobia, transphobia, biphobia, bullying, and feeling identity shame are often traumatic for LGBTQ people. They are one of the most targeted communities by perpetrators of hate crimes in the U.S.

People within the LGBTQ community face many forms of discrimination, including:

This type of discrimination can contribute to a major risk for PTSD compared to those who identify as heterosexual.

Oftentimes used as a coping mechanism or method of self-medication, substance misuse or overuse is a major concern for members of the LGBTQ community. Transgender individuals are four times more likely to experience a substance use disorder, and illicit drug use is much higher in teenagers who identify as LGB or are still unsure of their identity.

According to a study done by the National Alliance on Mental Health (NAMI), it is estimated that youth and young adults who identify as LGBTQ have a 120% higher risk of experiencing homelessness. For many, this community also faces the added challenge of finding a homeless shelter that will accept them and experience increased harassment and abuse rates.

Many people within the LGBTQ community struggle silently, ultimately facing worse mental health outcomes as a result. This population is at higher risk of experiencing suicidal thoughts and suicidal attempts. Sadly, high school students who identify as LGB are almost five times as likely to attempt suicide as they are in the most confusing times in their lives already, and it is said that 40% of transgender adults have attempted suicide in their lifetime, compared to less than 5% of the general population.

When it comes to mental health, the LGBTQ community encompasses a wide range of individuals with separate challenges to sexual orientation and gender identity. Oftentimes, medical professionals group anyone that identifies as LGBTQ, which can be problematic as each sub-community deals with its own experiences.

It is also said that members of this community may face harassment from potential providers. These experiences can lead those who receive treatment to fear letting their medical professional know about their sexual orientation or gender identity, as they may be potentially discriminated against.

Where to Get LGBTQ Counseling

Getting help for any issues you may be dealing with might seem scary or daunting, but talking to someone about how you're feeling or what you've experienced or are currently experiencing is important not only for your mental well-being but also for the well-being of others in the LGBTQ community.

We know there are many options when it comes to Online Therapy and Online Support Groups, but the below have been vetted by the team at Relief Seeker to ensure that you or someone you love gets the best care possible.

Please continue to remind yourself that you are not alone on your journey to living a happy life, and there are other people out there that experience the same or similar feelings.

Online therapy has become more widely used in the past few years. More people are turning to online therapy to ensure they're able to talk to a licensed therapist about their daily struggles regardless of where they are. Some benefits of online therapy are no commute time, affordability, and the option to be in your own comfortable space, surrounded by things that make you feel safe and secure.

Here are a few online therapists that we recommend:

Group therapy is perfect for those looking for a place to share their thoughts and experiences with many people, as some feel safer in a group setting, surrounded by people with similar experiences. Wisdo connects you with people just like you, people that have faced similar adversity, discrimination, and unfair treatment.