This syndrome may or may not cause uncomfortable side effects in some individuals, ranging from impotence to fatigue and depression.

It’s important to note that PFS isn’t the same issue as common finasteride side effects.

Approximately 2% of patients (in both short-term and long-term ​clinical studies) reported experiencing side effects while on finasteride, and only an estimated 1,000 men report suffering from PFS.

Find out what causes post-finasteride syndrome, the likelihood of developing this condition, and how to differentiate between its symptoms and the side effects of finasteride for hair loss treatment. If you want to compare options check out our analysis of Hims vs. Keeps vs. Roman.

Finasteride is the generic name for medication that slows or stops hair loss in men. The most commonly known brand name of finasteride is Propecia, which has been used to treat a few different conditions since the 1970s. It’s part of a subset of ​5-alpha reductase inhibitors that block DHT enzyme receptors.

Originally developed to treat an enlarged prostate, finasteride was approved by the FDA to slow and stop male pattern baldness in the late 1990s. The dosage was decreased to 1 mg, and the product was sold by Merck under the name Propecia.

A few years ago, Merck’s patent ran out, and its generic form (finasteride) became available at a more cost-effective price point than its brand-name counterpart. All-in-all, this medication has been used for several decades and is backed by decades-worth of research.

One of the main issues with diagnosing post-finasteride syndrome is that there is a long list of symptoms. Symptoms vary greatly from person to person, and some doctors aren’t sure that other medications and conditions aren’t to blame for these symptoms.

There is a lot of confusion revolving around post-finasteride syndrome, as many doctors don’t believe there is enough evidence to determine that symptoms of PFS are caused by finasteride itself — or are the result of other medications, chronic conditions, lifestyle choices, or neurological disorders.

In fact, some researchers hypothesize that PFS is simply a nocebo effect (a detrimental effect on health created by psychosomatic issues, caused by an expected negative prognosis).

The symptoms of PFS are all over the place, ranging from depression to penile shrinkage to Peyronie’s disease. It’s no surprise that researchers and doctors are skeptical that all these symptoms could be caused by one drug reaction — especially when only a small percentage of the population suffers from them.

One 2019 study went as far as to question if post-finasteride syndrome is an induced delusional disorder with the potential of a mass psychogenic illness.

What we do know is that these symptoms are real symptoms, and enough PFS patients suffer from them to discount the anecdotal evidence altogether.

Post-finasteride syndrome isn’t very common. Currently, it’s estimated that just over 1,000 men suffer from PFS globally. The estimated number was derived from the number of users on a popular PFS web forum — not from actual data collected from men suffering from PFS symptoms.

Currently, there is no recognized standardized treatment for PFS. Since there is a long list of symptoms and symptoms vary so greatly from patient to patient, the treatment options differ from person to person.

Since researchers aren’t sure that PFS isn’t a neurological or psychosomatic disorder altogether, it’s difficult to recommend a direct line of treatment. Many doctors will recommend the patient cease finasteride treatments (though many patients that stop taking finasteride don’t see their symptoms diminish if they suffer from PFS).

If you think you may be suffering from PFS, you’ll want to contact a doctor of urology or other such specialists immediately.

Side Effects of Finasteride

The most common sexual side effects of finasteride may include:

If you have suffered from one or more incidences of any of the reported symptoms of finasteride, you should contact your doctor.

There was some question as to whether or not finasteride could cause extremely adverse effects or ​men's health issues such as prostate cancer. Luckily, this hypothesis was discounted long ago, so you can feel secure using this medication without the worry of developing prostate cancer.

The good news is that the discontinuation of the ​use of finasteride is enough to reverse adverse events in most patients. If you suffer from persistent sexual side effects from this drug, you may want to talk to your doctor about alternative treatments.

Are There Alternatives to Finasteride?

If you’re concerned that finasteride may cause uncomfortable symptoms or decrease sexual function, there are a few treatments for hair loss that don’t contain this active ingredient.

Minoxidil is a topical treatment for hair loss. Instead of simply just stopping or slowing down hair loss, this prescription-only treatment helps to regrow hair. It’s available through digital clinics, such as Roman and Keeps. 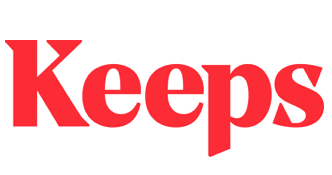 Services
Digital Clinic
Price
From $10
Why We Like Them
35% OFF! Get 3 months of Finasteride + Minoxidil for only $70! This is the ultimate hair loss treatment kit!
Use code
visit
Hair Loss

Services
Digital Clinic
Special Offer
35% OFF
Why We Like Them
35% OFF! Get 3 months of Finasteride + Minoxidil for only $70! This is the ultimate hair loss treatment kit!
visit Keeps

Can You Build A Tolerance To Adderall & Stimulants?
October 12th, 2021
Sarah Ryan