Within the incredible span of a few years, the Affordable Care Act was able to significantly reduce the number of Americans and American women without healthcare coverage. According to a Kaiser Family Fund Women’s Health Survey conducted a few years ago back in 2018, the number of women who lacked health coverage in the U.S. dropped from roughly one in five to one in ten from 2013 to 2017.

Yet nearly four years after that survey, issues, inequities, and an innumerable plethora of barriers deterring women from having their healthcare needs met persists. According to a more recent KFF piece published around early November 2021, roughly 60 million of the 98 million+ women who are insured in this country, are insured via their employer.

Given the unprecedented economic upheaval experienced over the past year and a half, of course these problematic gaps in care accessibility are bound to be more prevalent than ever. Of course, these healthcare accessibility issues don’t just affect women, but they can certainly affect women in more pernicious ways than they do men.

That same aforementioned Kaiser piece noted that 33 out of 50 U.S. states have populations with over 8% of their women lacking health coverage. That 8% might not seem like an awful lot, but in the grand scope of things, that rounds out to over 10.3 million uninsured women.

Per The Guttmacher Institute, just over half the country (26 states) has laws on the books that could restrict women’s access to abortion and birth control services, laws that could soon be enforced more punitively if the Supreme Court guts or overturns Roe V. Wade. Roe V. Wade set a crucial precedent for people to exert autonomy over their own reproductive rights across the country, allowing them to have abortions until the fetus could viably live outside the womb. This viability usually begins around the start of the third (and final) trimester of pregnancy at 24-28 weeks.

But because of Texas’ controversial new law effectively outlawing all abortions in the state (since most people don’t realize they’re pregnant until after six weeks), and encroaching efforts and arguments currently being made in the Supreme Court, that precedent (as well as women’s reproductive rights as a whole) is under dangerous threat of being undermined, if not totally gutted altogether.

If you’re not already concerned about women’s healthcare accessibility in this country, here is why you should be.

Advocates for restricting reproduction often do so under the framing of “protecting life”. We at ReliefSeeker feel this framing is disingenuous for a myriad of reasons:

That request was denied under the Eighth Amendment of the Irish Constitution, which heavily restricted abortion access in the country for a long time. However, Halappanavar’s passing sparked years of nationwide protest and outcry, which, as outlets like the New York Times reported in 2018, ultimately led to the amendment being repealed.

Reproductive rights are a very important and very prescient front for women’s healthcare accessibility issues, but unfortunately, they’re very far from the only source of accessibility disparities. According to the World Health Organization, 40% of pregnant women suffer from anemia, indicative of barriers from adequate nutrition, and a staggering 810+ women a day die due to preventable, fertility-related causes.

As far as how different disparities break down between the sexes, here are other some important ones of note:

It’s also important to note that these disparities don’t just exist between sexes, but between ethnic backgrounds too. The University of Virginia observed that black patients are still significantly more likely to be undertreated for pain symptoms than white patients in America.

Furthermore, the United States also has one of the highest childbirth mortality rates of any developed nation, and the Centers For Disease Control found that black mothers are three times more likely to suffer pregnancy-related deaths than white patients. The CDC also believes that two out of three of these maternal mortality deaths could be prevented.

Moreover, the AMA found that black and brown women in the U.S. are less likely to have the ability to access effective contraceptives than white women, indicating that problematic disparities don’t just exist with matters related to giving birth, but also birth control.

While we are happy to help put readers in touch with affordable healthcare services, we also feel that it is profoundly disappointing that these accessibility disparities still exist across gender, cultural, and socioeconomic lines. Keep reading to better understand why we feel reproductive rights could be where the most dangerous disparities exist.

If you disagree or are on the fence about any one of the assertions we raised against common misconceptions surrounding abortion, we would strongly encourage you to seek out and read relevant primary sources on the science with an open mind.

One primary resource we would recommend for dispelling misconceptions is the World Health Organization’s official guidelines on safe, legal medical abortion procedures. Even if you have an unfavorable personal opinion toward abortions and think they should be disincentivized, we hope you can at least recognize the importance of having access to safe, affordable medical care that doesn’t jeopardize the patient’s life.

Furthermore, one of the most effective ways of preventing abortions is having widespread access to effective contraception and birth control methods to prevent unintended or unwanted pregnancies from happening in the first place. Ironically, some of the most vocal advocates for restricting abortion access, like former President Donald Trump, were also some of the biggest proponents of restricting access to affordable contraceptives and reproductive healthcare rights.

Title X, the Planned Parenthood family planning program that our last presidential administration tried to aggressively gut, was only very recently restored this past October. Whether you utilize subsidized contraceptive services or not, you can access affordable birth control medicines online through providers like Wisp and Sesame.

While the Roe precedent currently allows for abortion access in most of the country, those rights are currently in jeopardy. The following two sections will cover where abortions are currently legal, and where that legality could come under threat in the near future, should Roe V. Wade be overturned.

Where Abortion Is Legal

Effectively, abortion services in some capacity are currently legal in all 50 states, thanks to the precedent set by Roe V. Wade. However, specific restrictions, regulations, and timetables related to when one is allowed to terminate a pregnancy can vary very, very heavily from state to state.

This is part of why Texas’ new, heavily restrictive abortion policies are so controversial. Six weeks might sound like a lot of time on paper, but because most women don’t realize they’re pregnant until 4-7 weeks after conception, that effectively leaves women who live in Texas with a very, very limited window of time to safely seek the procedure within state lines.

This ban is so restrictive, that while it leaves open certain medical exemptions, it doesn’t even have accommodations for survivors of sexual assault or incest. Certainly, it shouldn’t be difficult to see why forcing a victim to carry their abuser’s child to term against their will, a child conceived without their consent, would only add insult to injury. The last thing a person who’s already in a very vulnerable position needs is to be relegated to a potentially even more vulnerable position.

Medicated abortion pills haven’t been banned in most of the country as of now, though Texas has begun to implement harsher legal restrictions against ordering abortion medication by mail. Should Roe’s precedent be overturned, more and more states across the country may begin to follow that model. Here’s where reproductive healthcare accessibility may be jeopardized if that precedent is overturned.

Will Abortion Be Banned? What Happens If Roe V. Wade Is Overturned?

As outlets like USA Today have reported, the Supreme Court is currently overhearing a case pertaining to Mississippi state abortion law. While not as stringent as the current ban in Texas, it would still be another major blow to the precedent set by Roe V. Wade, as it would also ban abortions before the 24 week viability timeframe, capping them at 15 weeks.

Effectively, that would lay the groundwork to undermine the precedent set by Roe even further than it’s already been undermined. While it’s unlikely the United States would ever see a total nationwide ban on abortion (California and Oregon have touted themselves as sanctuary states), it’s speculated that potentially a little over half the country (or as many as 26 states) could implement restrictions on abortion.

If these laws are undermined, then that makes the need for access to safe birth control and reproductive healthcare services all the more important. If you’re someone who wants to avoid unwanted pregnancies if at all possible, then we would strongly recommend referring to local resources, or trusted telehealth pharmacy resources that may offer affordable, legal medication home abortion care.

Whether you have extra money you’d like to spare toward causes related to pro-choice rights and women’s health, or you need help improving your access to those resources, here are some funds we would recommend:

Abortion Funds To Donate To (& Consult If Necessary)

Overall, while many great strides have been made towards improving the healthcare system’s inequities between men and women, far too many inequities still persist. In the long term, we ultimately hope that will come to change for the better with time, and that people across the country will ultimately all be afforded the adequate care they deserve, even as accessibility for certain women’s healthcare resources faces some of its biggest challenges yet. 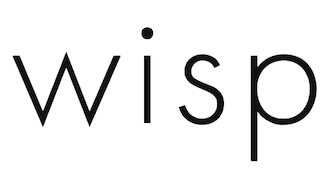 Services
Digital Clinic
Price
Why We Like Them
HelloWisp is an online pharmacy that helps you choose your meds with the help of a quick private online form, which is then reviewed by an authorized doctor within 24 hours and writes a pres...
Use code
visit
Birth Control Options

Sarah covers mental health, parenting, and women's health-related issues at ReliefSeeker. As a mother of two wonderful kids with a long career in marketing & media, Sarah's perspective on access to world-class healthcare connects to both heart and mind.

Services
Digital Clinic
Special Offer
FIRST MONTH FREE
Why We Like Them
HelloWisp is an online pharmacy that helps you choose your meds with the help of a quick private online form, which is then reviewed by an authorized doctor within 24 hours and writes a pres...
visit Wisp

Why Healthcare Costs So Much
December 13th, 2021
Sarah Ryan
See more
Get Care Now
No result