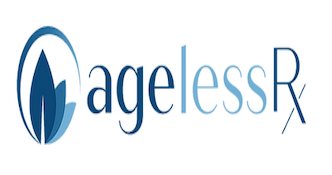 Services
Digital Clinic
Special Offer
$20 OFF First Month
Why We Like Them
AgelessRx is an online, membership-based service that specifically offers scientifically proven longevity treatment and age management prescriptions. The company’s mission is to help people...
Use code MET20
visit
Metformin Overview
Table of Contents

The FDA approves metformin to treat high blood sugar levels caused by type 2 diabetes. With this type of diabetes, insulin produced by the pancreas isn’t able to effectively get sugar into the cells of the body where it works most properly. This medication is only available as a prescription from a board-certified and licensed doctor. It comes in pill form and has been used for over 60 years with an outstanding safety record. Metformin is listed on World of Health Essentials Medicines, which is a catalog of the most effective, safe, and cost-effective therapies for diabetes.

Metformin works on a cellular level by reducing the amount of sugar your liver releases into your blood and improves the way your body handles insulin. Insulin is the hormone that controls the level of sugar in your blood and has effects on every part of your body, including your liver, muscles, and gut. It stimulates the good bacteria that live in your stomach to use more glucose to decrease your blood sugar levels. It has also been shown to increase your body’s insulin sensitivity.

What Is Metformin Used For?

In 1995, the FDA approved metformin to treat type 2 diabetes. However, in recent years, many scientific studies have shown Metformin to be beneficial for many conditions not related to the treatment of diabetes.

These “off-label” uses include Anti-aging and others, including:

What is “Off Label?”

Prescription drugs are often prescribed for uses other than what the FDA has approved them for. If you’ve ever read through the papers that you receive when you pick up a prescription at the pharmacy, you might have seen a headline that says, “this medication is intended for ____.” Don’t be alarmed if you don’t see your condition listed. This only means that your doctor is prescribing you a medication that isn’t approved by the FDA to treat that specific condition.

This practice is simply called, “off-label” prescribing, and it’s completely legal and very common. In fact, one of five prescriptions written in the U.S. is to treat off-label issues. Many people may be shocked or surprised to know that the FDA regulated drug approval; they don’t regulate how drugs are prescribed. Doctors are actually free to prescribe a drug for any reason they believe to be medically appropriate. Think about it this way; Viagra, the popular ED drug, was originally intended to treat hypertension.

Metformin has been scientifically proven to be beneficial and over the past several years, many notable clinical studies have helped to increase awareness of the benefits Metformin has, including:

Longevity, or otherwise known as living a longer life has become the talk of the town in the last decade or so. People are living longer due to various reasons, with the number one reason being that people are simply taking better care of themselves. People are living healthier lifestyles, taking better care of their bodies by exercising, and eating nutrient-rich diets. In fact, the average life expectancy in the U.S. increased to 78.5 in 2018 from 70 years in 1970. That’s eight extra years people are living, which, if you think about it, is quite a lot.

Your longevity can generally be determined by the lifestyle you lead, the genes you were given, and the things you put in your body. And in recent years, many scientists and doctors have studied the effects of Metformin to increase how long they live. Metformin works on the cellular level and is absorbed into the systemic circulation and distributed to most tissues at a high concentration. It can be found at its highest concentrations in the GI tract, liver, and kidney, which aid in how well your body processes all the things you put into it. When Metformin is added to your daily routine, it has been shown to improve and support liver and kidney function.

As people age, their bodies are more prone to infection as their immune systems become weakened. Overall, people are more likely to face health challenges as they age. Cancer is one of the possible challenges that a person may be forced to deal with as they get older. There have been numerous studies that have shown Metformin to have anti-cancer properties that, when taken on a daily basis, have reduced the likelihood of being diagnosed with certain types of cancer, including colon, pancreas, prostate, gastroenterological, and ovarian.

You may be asking yourself, how in the world is this possible? It basically comes down to how Metformin decreases glucose and insulin levels. Insulin is the key player in moving glucose out of the blood and into cells. It also helps new cells grow. Cancer occurs when new cells grow too large, and in some cases, this may be stimulated by too much insulin. Metformin helps to improve the body’s sensitivity to insulin and helps to reduce the production of glucose by the liver, which can reduce your chances of higher than normal insulin levels and, in turn, reduce the risk of cancerous cells growing.

Yes, Metformin is one of the most commonly prescribed FDA-approved medications to treat type 2 Diabetes. However, it is also widely used to prevent the onset of diabetes in high-risk patients. During a clinical trial that the University of Pittsburgh conducted, over 3,200 non-diabetic participants taking Metformin reduced their risk of developing diabetes by 31%.

Reduction of Macrovascular and Cardiovascular Risks

Cognitive impairment naturally occurs as we age. The CDC reports that one in nine adults over 45 years old have experienced confusion or memory loss, and less than half of those adults turned to treatment from a medical professional. Whether it’s Alzheimer’s, dementia, or simply forgetfulness, it’s never fun to be faced with brain impairment.

Did you know that diabetes is associated with an increased risk of dementia? Because Metformin was initially used to treat diabetes, over 67,000 patients were followed for five years to prove that Metformin can decrease high glucose levels associated with dementia and Alzheimer’s when taken over several years.

At some point in our lives, we all want to lose a little (or a lot) or weight. The main function of Metformin is to reduce the release levels of sugar from your liver, which stops blood glucose levels from rising too high so your body doesn’t have to produce as much insulin. Insulin can make people overweight by acting on the brain to cause hunger, making the liver produce fat and fill fat cells in the stomach.

Since Metformin lowers insulin levels, this can also aid in your goal of losing a bit of weight, as your brain won’t cause you to feel as hungry. It is important to note that incorporating Metformin into your daily diet won’t make you start shedding weight automatically; however, it is shown to support weight management when combined with a balanced and healthy diet.

Side Effects of Metformin

Most people feel completely fine while they’re taking metformin. It has been used successfully for over 60 years with an outstanding safety record and is recognized as one of the most effective and safe therapies.

The most common side effects of metformin can include:

People taking metformin typically start with a small dose to avoid any stomach discomfort. It is recommended that you take a B12 supplement if you experience lowered levels of this vitamin.

Where to Get Metformin

You can get metformin prescribed to you by your primary care physician or an online doctor if you’ve been diagnosed with Type 2 Diabetes. If after reading about the many benefits of metformin but don’t have diabetes, companies like AgelessRx have started to prescribe it for those wanting to live a longer, healthier life.