Healthcare Data Biases: Why Women are More Likely to Be Misdiagnosed Than Men

Historically in the western world, men were doctors. Today, more than 60% of doctors are men, while less than 40% are women.

Find out how to spot healthcare data biases and what to do if you believe you were misdiagnosed because of such an oversight.

There are myriad healthcare data biases, but some of the main gender biases include Yentl syndrome, gender pain gap, misdiagnosis, and racial and cultural disparities.

Medical textbooks infamously use white heterosexual men as the universal model for human anatomy. Many studies don’t include women at all, deeming studying women’s bodies separately from men’s bodies as too costly or time-consuming. When women are included in studies, they’re often studied during the follicular phase of the menstrual cycle (when their hormones more closely resemble men’s).

Yentl syndrome is the term that refers to the medical progression of a heart attack for women versus men.

When women suffer from heart attacks, their symptoms can be much different than men’s symptoms. Since doctors only study male anatomy and assume that women’s bodies work the same as men’s, this leads to misdiagnosis.

Women are more likely to die of a heart attack than men because of this common misdiagnosis.

Research shows that women are often prescribed lower doses of pain killers and suffer longer than men while waiting for pain management.

70% of chronic pain cases are attributed to women; while, only 30% of people suffering from chronic pain are men. Yet, 80% of chronic pain studies use men as subjects. Research also suggests that women are more likely to suffer from severe pain (and feel this pain more intensely) than men do.

Women of color are more likely to be misdiagnosed by their healthcare providers — especially when it comes to pain management. This disparity happens across the board, from maternity care to chronic healthcare to diseases, such as heart disease, cancer, and pulmonary disease.

Women of color (especially black and indigenous women of color) are more likely to be denied pain treatment as their pain levels are often not assessed properly.

How AI Is Changing the Gender Data Gap

Healthcare professionals have more data regarding women’s bodies these days simply because women are (often unknowingly) providing more data through the use of fitness bands, smartwatches, and other wearable tech.

While historically many tech companies have forgotten to add apps and data tracking vital to women’s health issues (Apple didn’t install a period tracker in its health app right away; while, the company’s team did remember to include a copper intake tracker), healthcare professionals can now see how different men’s and women’s data truly is — all because of these trackers.

Taking Control of Your Health Care

While the world is catching up with women’s healthcare, there are a few ways you can take control of your health right now. These tips aren’t ‘fixes’ for a broken system; instead, they’re ways you can circumvent some of the pain, suffering, and misdiagnosis many women suffer.

Get Picky About Healthcare Providers

When it comes to healthcare providers, you probably have more options than you think. While finding a good in-person, in-network general practitioner isn’t always easy, there are now more online and hybrid options available.

While you need an in-person general practitioner to provide an annual physical, you can always opt for an online practitioner, too.

Having a medical team at your disposal may seem frivolous, but it’s actually not a bad idea. If your in-person primary care physician doesn’t catch something, your online doctor (that often has more time to spend with patients) might be able to diagnose you — simply based on a video chat and your symptoms.

If you live in a major city, you may want to add a woman-focused healthcare provider like Parsley to your list of doctors.

These days, patients often feel more rushed than ever in the doctor’s office. Some of the common complaints of many patients include:

If you see a doctor that routinely doesn’t have much time to spend diagnosing your symptoms, you may want to make a list of your symptoms before heading in. Describe your symptoms as explicitly as possible; sometimes a small detail could make a huge difference in your diagnosis.

Many women feel embarrassed or guilty for asking too many questions during an examination. Sometimes women simply feel too embarrassed or ‘silly’ asking these types of questions.

The most common questions women shy away from at the doctor’s office include questions about:

Unfortunately, avoiding these questions may actually lead to more serious or chronic conditions, so it’s important that they’re asked.

If you find you’re embarrassed to ask some questions, you may want to request a telehealth visit with your doctor — or, add a telehealth doctor to your medical team.

If you’re concerned about undetected health issues, you may simply want to track as much of your health data as possible to share with your healthcare providers.

In many circumstances, your doctor may simply reevaluate your pain or offer medication. If your doctor still refuses, you can always get a second opinion. 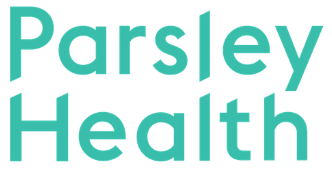